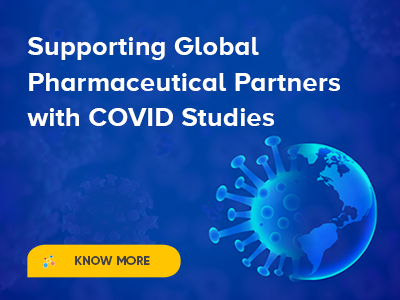 India is rapidly gaining acceptance globally as the go-to destination for clinical research. The country offers the advantages of having experienced personnel, good infrastructure such as well-equipped hospitals and laboratories, and a diverse patient pool. Moreover, the increase in life expectancy rate to 65 years and above gives rise to a host of lifestyle diseases such as diabetes, hypertension, neurodegenerative diseases and more, paving way for many multinational pharmaceutical companies to invest in clinical trials in India. Apart from this, cost effectiveness is an important factor that drives outsourcing of clinical trials to India.

The recent amendment made by the Ministry of Health and Family Welfare, Government of India, to the regulatory laws (New Drugs and Clinical Trials Rules, 2019) was with the aim of increasing the percentage of clinical trials conducted in India that hit an all-time low in the period between 2011 and 2013. In a bid to streamline approval processes, well-defined timelines have been introduced. The new rules have shortened the approval timeline for clinical trials of drugs manufactured outside India to 90 days. For drugs manufactured in India, the clinical approval timeline is 30 days. Pre-submission and post-submission meetings between the sponsor and the Drugs Controller General of India (DCGI) are attempts to increase transparency in all dealings related to the clinical trial. In addition, the non-refundability clause of the compensation package was removed as this was seen as a major deterrent for international companies, especially if a death/injury was proved to be unrelated to the trial at later stages. Apart from clinical trials, there has been a boom in the field of data management and medical writing with a number of homegrown clinical research organizations (CROs) demonstrating expertise to handle end-to-end services for sponsor companies.

Last but not the least, concerted efforts and joint participation of the Indian government and Indian pharmaceutical companies in policy-making decisions and prioritization of patient’s safety and health will build confidence in international companies about India’s capability in contributing to the clinical research industry.

Schedule a Meeting with our team today!